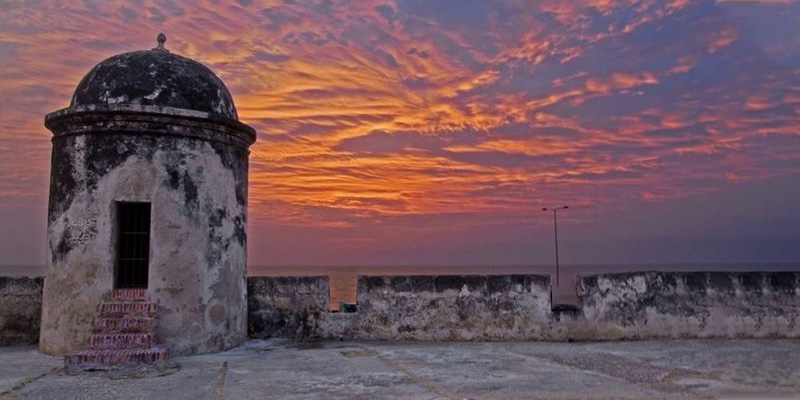 The old city of Cartagena, its historic center, is surrounded by 11 km of wall (8 km left) in order to protect the city from constant attacks by enemies of the crown and aggressive pirates (previously). It is necessary to remember that during colonial times, Cartagena was considered the largest port in America and ships went with great wealth and fabulous treasures to Spain.

The enclosures of the wall also had the function of separating rich people and poor people who could only enter to come to work in the city. The walls are complemented by fortresses on the coast such as the San Sebastian del Pastelillo fort and the San Fernando de Bocachica fort.

Between 1595 and 1597, Governor Pedro de Acuña built a belt of walls and defenses, under the plans of Bautista Antonelli, in order to give the city a more urban appearance. However, in 1614, under the direction of the engineer Cristóbal de Rada, the walls were resumed so that, thirty years later, we can see today by its great thickness walls around the old city.

In addition, Francisco de Murga, was in charge of the fortresses of the adjacent neighborhood of Getsemani between 1631 and 1633. Finally, during the seventeenth century, a dam was built between the island of Tierrabomba and the tip of EL Laguito to protect itself from the tides and the Pirates. Several defenses can be visited on the walls around the history center and also by Getsemani.