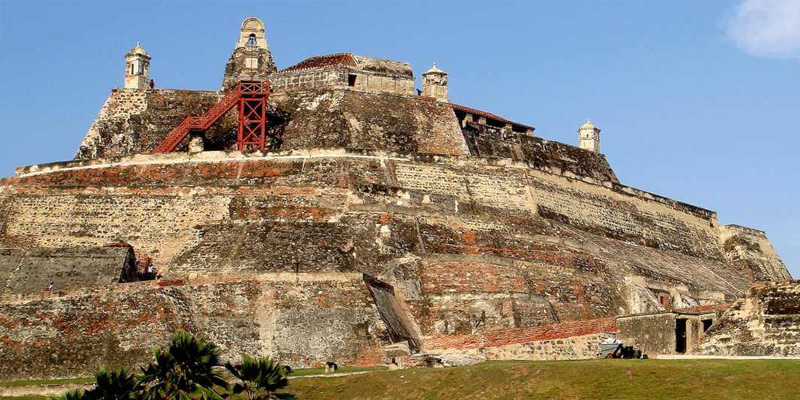 The Castillo San Felipe de Barajas is a fortification located in the city of Cartagena de Indias in Colombia. Its real name is Fort of San Felipe de Barajas. It is located on a hill called San Lázaro and was built in 1657 during the Spanish colonial era. It suffered constant attacks by the English and French, being the French commander Barón de Pointis who took the castle in mid-1697. In 1984, Unesco included the historic center of the city of Cartagena de Indias, all its fortifications and San Felipe de Barajas castle within the list of World Heritage Sites It is considered one of the seven wonders of Colombia, recognition that accredits it as one of the largest structures built in Colombian territory, after a survey conducted by The newspaper El Tiempo is also part of the historical and cultural heritage of Colombia, according to the Ministry of Culture.

Why is it called Castillo de San Felipe?

The castle that is still preserved today was significantly expanded in 1657 and was renamed Felipe IV of Spain. Starting with only eight guns and a small garrison of 20 soldiers and four gunners.

In 1762, a decision was made to strengthen the defense of Fort San Felipe to protect itself from threats of war with the English. Thus, the military engineer, Antonio de Arévalo, was responsible for turning the castle into an impenetrable fortress. Well, 63 canyons and high sloping walls that would be impossible to climb.

Inside, multiple tunnels, galleries, slopes and mines to destroy it in case the enemy grabs the castle.

Finally, the castle was restored in 1928. A statue of the general commander Don Blas de Lezo is placed at the entrance to highlight the defense of Cartagena during the Vernon attack in 1741.

Where is the Castillo de San Felipe?

Located on the hill of San Lazaro, this former military complex is the largest construction in America. This strategic place was created in order to observe the invasions in the city by land or by the Bay of Cartagena.

What to see in the Castillo de San Felipe?

The fortress really is huge and there is a lot to explore. Unfortunately, there aren’t a ton of historical markers, but there are a few that explain the history of the fort and the years of construction for each section.

If you want to explore the fort yourself, I recommend that you climb to the top first. There you will get stunning views of the walled city and appreciate the strategic location of the fortress. There is also a small gift shop, although the items on offer here are the typical tourist souvenirs that you will find elsewhere.

Make sure you take a walk through at least one of the tunnels. It’s crazy to imagine being under attack and going through them. Finally, be sure to snap a photo with the giant Colombian flag before heading down. Once you’re out, be sure to go around the corner to see the Blas de Lezo statue. If you head from there to the left around the back of the fort, you can also see the sculpture of the old shoes, based on a famous poem about Cartagena.